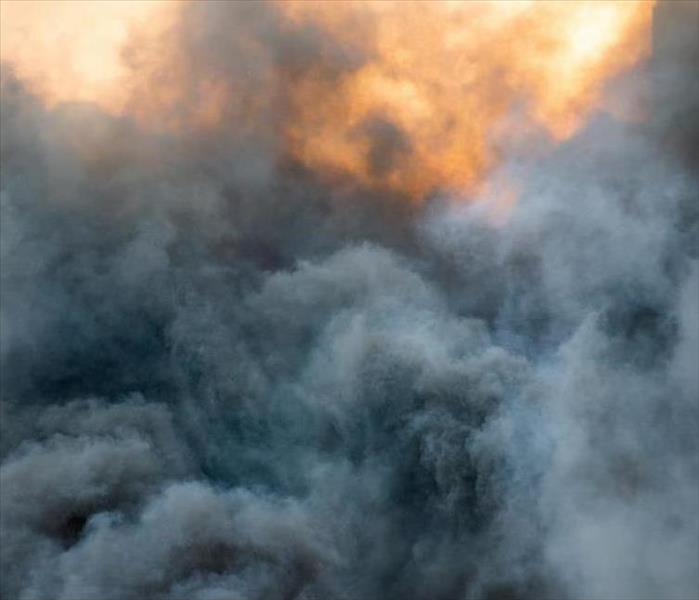 Smoke residues can cause foul odors even after the fire is put out and the area cleaned up. Contact SERVPRO to remediate the damage which lingers.

In dealing with the after-effects of a fire, many North Fort Myers homeowners find that smoke odors are the hardest problem to remove. The difficulty is that odors generate from multiple sources like material burned, level of heat, amount of oxygen present, and more. After extinguishing the fire, determining the exact type of odor residue is often not possible.

SERVPRO restoration teams combine multiple cleaning techniques and use multi-phase odor control procedures to deodorize a home and eliminate this last effect of North Fort Myers fire damage. With them, technicians can block or destroy odor-causing, smoke residues regardless of the source or intensity.

The combination takes odor removal and control procedures to eliminate residues as quickly as possible. Technicians first remove all property physically damaged by the fire. Burned structural and personal property exudes an incredible amount of odors, and removing them clears out what are often the strongest odors.

Next, they remove any visible residues. If the fire burned quickly, it leaves dry, powdery residues that SERVPRO technicians remove using cleaning sponges. If the residue is very thick, team members may use a spray bottle with water or a mild cleaning agent to make wiping down surfaces easier. A slow-burning fire usually leaves stickier residues which require stronger cleaners and perhaps even a scrub brush or other agitation device to break up them up for removal.

If odors remain after property removal and cleaning, then additional techniques such as vaporization are needed to deodorize the home. Multi-phase cleaning starts with chemical containment. The goal is to prevent the release of further odor-causing molecules with a chemical spray that stops it or slows down enough to move to the next phase.

With vapor odor control, the goal for technicians is to block odor-causing particles already airborne. They use a counteracting granular agent that releases a more pleasing odor which overwhelms the malodor. If there are still odors after that, then technicians begin phase three.

The final step to eliminate odors is thermal fogging. Technicians disperse a solvent-based deodorant using a commercial fogger. The heating element breaks down the deodorant to the same size particles as the odor so they can penetrate walls and furniture just as deeply. The deodorant is designed to bond with the malodor, chemically changing and neutralizing it.

Treating homes and personal property for odors can be an extensive process. If you are dealing with the effects of fire damage in your home, call SERVPRO of Cape Coral at (239) 573-5911 to schedule an inspection and begin restoration.