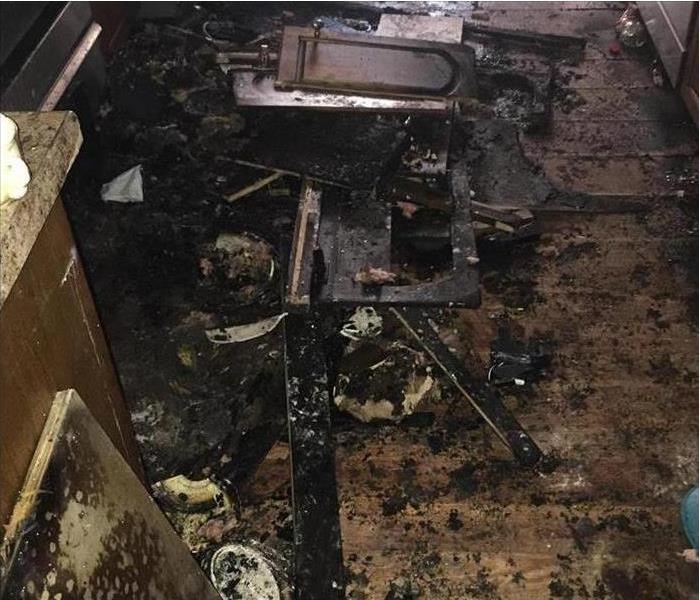 When a type ABC fire extinguisher is not readily available under a kitchen sink cabinet, this damage could be the result. SERVPRO advises all residents to protect their North Fort Myers kitchen by always being prepared. After all, this is the number one room in the house where fires typically start. Not to worry, SERVPRO teams can clean up the burnt materials and work on the restoration.

The fire left a greasy film on the surfaces of this condo in Cape Coral. Staining is a significant problem if a company like SERVPRO is not called in for the cleanup. This removal of residues also included a treatment to neutralize offensive odors caused by the fire.

Safety is our foremost priority when dealing with fire damage. Let our technicians at SERVPRO take care of everything. We have the equipment and training to handle any size disaster. Our technicians have studied fire and smoke restoration from The Institute of Inspection Cleaning and Restoration Certification. The IICRC sets the standards for the restoration and cleaning industries. Let us restore your property to pre-damage condition and make it “Like it never even happened.”

Pine Island Fire Board Up

Fire Damage security for properties in Pine Island is always a priority to protect against trespassing, injuries, and animal entry. Boarding up openings and placing tarps over damaged roofs can be set up as the fire damage restoration continues within the structure.

Fire damage at this Cape Coral home resulted in the terrible soot and smoke damage shown above. Removing the soot and the smoke residue was the principal element of this fire damage restoration project. SERVPRO of Cape Coral had the products and procedures to remediate this damage successfully. 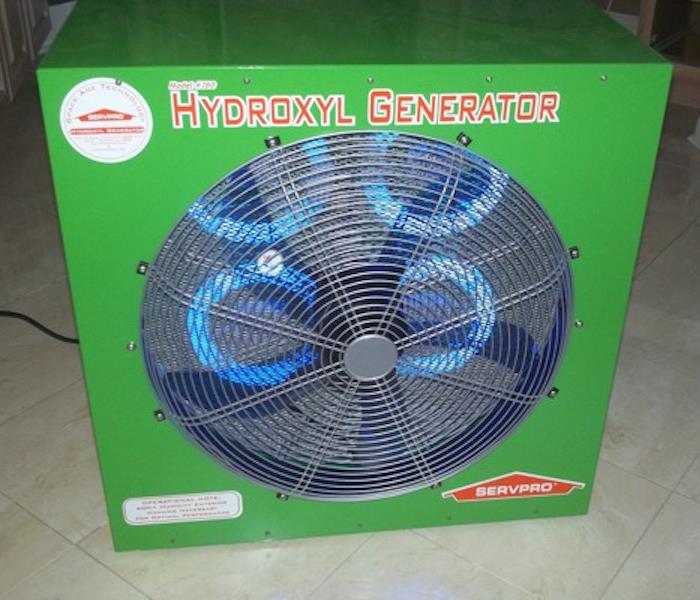 Cape Coral fire damage can produce nasty odors that force people out of their homes and workplaces. When a Hydroxyl Generator, such as the one shown in this photo, is used the odor can be treated effectively while allowing the inhabitants or workers to remain in the building. The reason this is possible is that no ozone is produced, and the generator is safe for use in occupied areas. The definition for how the Hydroxyl Generator works is lengthy, to say the least. The short version is that organic gases, inorganic gases, and air pollutants become carbon dioxide and water during the process. So if you have a problem with odor from fire damage or other sources, call SERVPRO of Cape Coral 24/7 at (239) 573-5911. We have studied the science and stand ready to help. 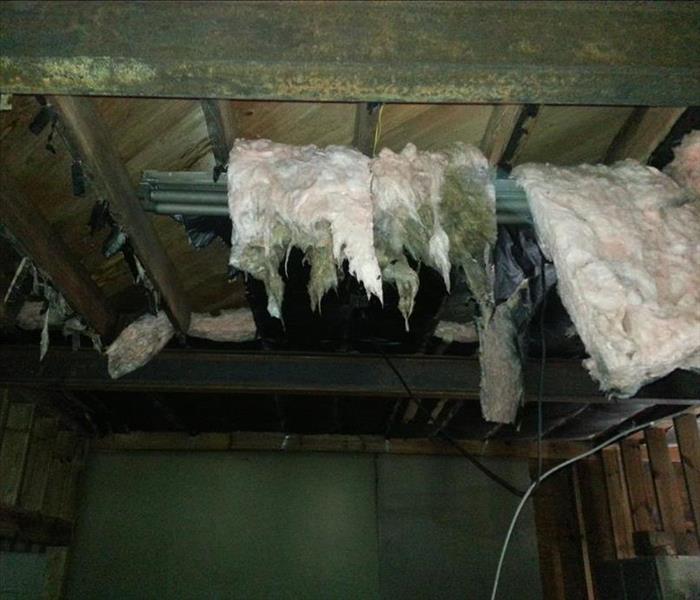 Fire damage to this North Ft. Myers Warehouse led to several categories of harm to the facility. Water damage from the firefighting effort needed to be mitigated. Smoke damage and soot damage was abundantly visible. Of course, the terrible odor of a building fire lingered also. SERVPRO is the recognized industry leader in mitigating each of these issues. We packed out the contents for smoke damage cleanup at our warehouse and restored the structure to pre-loss condition. If fire damage impacts your business, call SERVPRO of Cape Coral 24/7 at (239) 573-5911. We provide 24-hour emergency service.