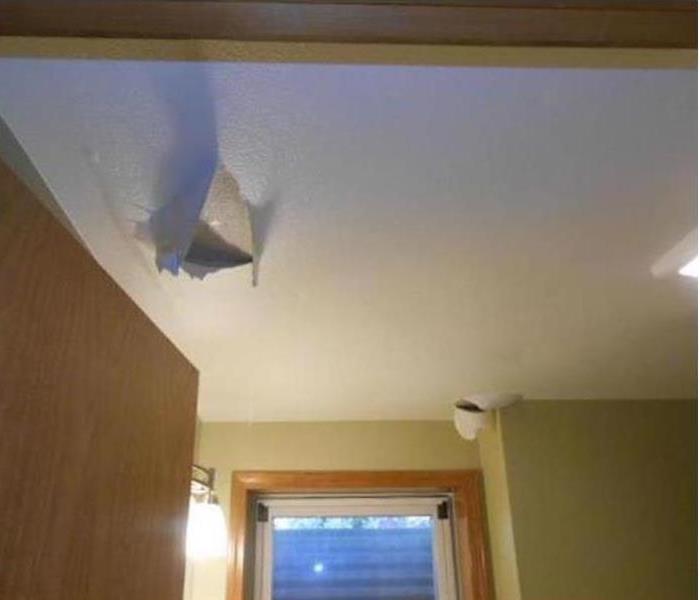 Water damage at this Cape Coral home was caused by a failed pipe point in the ceiling. SERVPRO of Cape Coral was summoned to clean up the water and repair the ceiling. Water had accumulated above the ceiling saturating the drywall and requiring it to be removed. The source of the water leak was tracked down and repaired. The water was extracted from the flooring and all surfaces affected were dried. The wooden materials in the ceiling were treated with an antimicrobial agent to guard against mold growth. After drying all surfaces were dried and treated a new ceiling was put up. If your home is affected by water damage, call SERVPRO of Cape Coral 24/7 at (239) 573-5911.