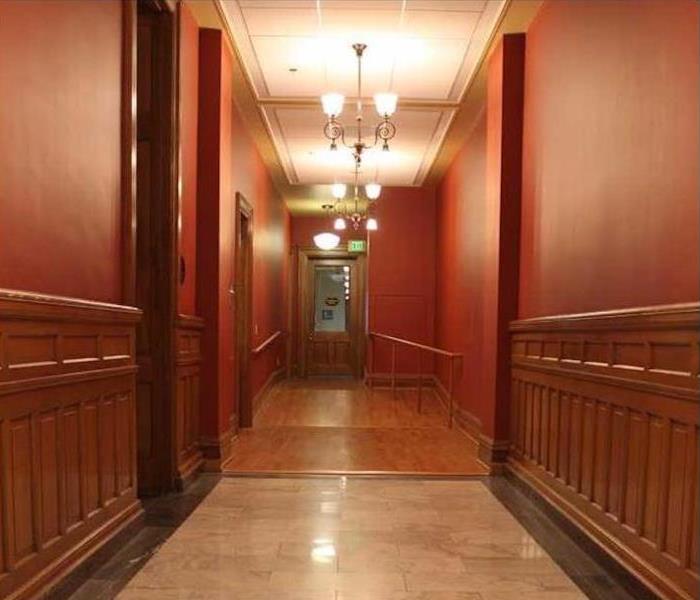 Commercial water damage was sustained by this Cape Coral office building when a supply line to the fire-suppressant sprinkler system burst. The drop ceiling absorbed the water and became too heavy to stay put. Many of the ceiling tiles fell to the floor on their own. Others held up but were too saturated to save, so we had to take them down and dispose of them. SERVPRO of Cape Coral was called in to clean up the water and the mess. Our first step was to facilitate the repair of the sprinkler system. Then we cleaned up the mess and extracted the standing water from the hallway. Once all the affected surfaces were dry, we replaced the ceiling tiles and put the floor back into service.